Passports, visas and customs
Nordic citizens can stay in Taiwan for up to 90 days without a visa. Check that the passport is valid for at least 6 months after you leave the country.

Vaccinations and health
At the time of writing, no mandatory vaccinations are required for entry into Taiwan. However, we recommend that you review your basic protection against diphtheria, polio and tetanus, and get vaccinated against Hepatitis A. Feel free to consult a doctor or local health center at least one month before departure.
Make sure you have insurance that covers health care in Taiwan and also what it covers in that case. For example, home transport in the event of a more serious accident / illness can be extremely costly. In Taiwan, there are clinics in some pharmacies that can help with less serious illnesses. Ask your tour guide or ask the staff to help you with a doctor’s visit. In large cities, such as Taipei, foreigners are received in special hospitals with English-speaking staff. Medical care is good but you have to pay for it yourself and in many cases it is quite expensive. If you have medicines with you, they should be stored in their original packaging where it is clear what kind of medicine it is. For prescription drugs, mainly drug-classified, you should also have a certificate from your doctor in English and pack it together with the medicines in your hand luggage.

Taiwan is a very hilly island, and part of the journey goes through beautiful nature on good roads but with some curves. Driving sickness tablets can therefore be recommended for those who easily get driving sickness.

Do not drink tap water in hotels, even if it is not directly harmful to health. Mineral water, juices, soft drinks etc. can be bought cheaply in shops around the hotels. Minibars are usually available in hotels, but here the prices are much higher. The hotel rooms usually have a kettle.

Weather and clothing
Taiwan has a tropical climate, warm and rainy most of the year.
From April to September is the summer monsoon season with torrential rains and typhoons. Due to the high humidity, the heat is sometimes painful. The temperature can reach up to 30-35 ° C, especially large cities suffer from air pollution
From October to March, the northern part of the island and mountain areas receive precipitation in the form of rain through the winter monsoon. The southern part is then much drier. In the capital Taipei, temperatures are around 30 ° C in summer and 20 ° C in winter.

Transport and communications
In Taiwan we use buses with a good standard, such as air conditioning On its own in the cities, taxis and in Taiwan and Kaohsiung, subway is a good way to get there. Taxis sign red if they are vacant. We recommend that you order a taxi at the reception of the hotel or through the guard outside the hotel entrance. Tell me where you want to go – ask the receptionist to write it in Chinese so you can show the address to show the taxi driver. Feel free to ask what it would cost to rent the taxi for a few hours for a tour on your own. Also, don’t forget to have a note with the hotel’s name in Chinese so you can go home!

Taiwan has a very good railway network that serves the major cities on the island. On the east coast, classic trains run while on the west coast where big cities

lie like a string of pearls, high-speed trains have been running since 2006. Taiwan High Speed ​​Rail from Taipei to Zuoying (South Island) takes only 1h30 or 2 hours (instead of four to six hours by bus or conventional trains). The journey takes more or less time depending on the train stopping. Approximate price TWD 1630 Taipei-Zuoying single ticket (southern part of the island).

Swedish mobile phones generally work well in Taiwan. Feel free to check with your telecom operator what applies to your phone before you travel. Internet is available in most hotels PHOENIX uses.
Taiwan has right-hand traffic. Be careful when crossing busy roads.

Food and drinks
For lunch and dinner, for example: Cantonese dishes including fried dishes such as: suckling pig and pigeon, frozen pastries, shark fin soup, many of the large hotels have Cantonese restaurants Fuchou cuisine has more seafood than Cantonese. There is also a large amount of garbage. which are more the traditional Taiwanese food with fresh herbs and very dried and canned food. Szechuan cuisine, from the western provinces of mainland China, is well-regarded for its well-seasoned and hot dishes, such as marinated and smoked duck is a specialty,

Hunan cuisine is also well seasoned but with more oil, there is also “sweet and sour” food. Mongolian barbecue – here you pay a price and can eat as much as you want, you give to the chef who frys the dishes on an open hob. Korean barbecue is fried on your table with ginger and chili. In addition, there are many vegetarian restaurants with Buddhist influence

Shopping and gifts
Taiwan is a shopping paradise for manufactured goods or souvenirs. It is good quality and there is a great variety to choose from. In the capital, Taipei, there are department stores as well as smaller shops, but also artist and craft studios. The largest and most popular stores are located along Chungshan North Road, Chunghsia East Road, and Nanking East Road. In the big department stores, there are only signs in Chinese. Credit cards accepted. In the smaller shops you can usually bargain. Items to buy are, for example, designer clothes either ready-made or to order from tailors, sportswear, children’s clothes and rain vests. It is also recommended to buy handicraft souvenirs, such as embroidery, paperwork, oil paintings on paper, rosewood furniture, sandalwood, teak but also bamboo. Carved and carved objects are also popular souvenirs, such as stone, bamboo, relief on ivory, rice, and beans with needle knives, from inkstone, vegetables and leather. also knitted hats and fabrics, bamboo hats bamboo flowers flower lanterns, Chinese opera masks, mosaics, toys and ceramics

Security
Taiwan is usually safe for foreign travelers. It is the traffic that poses the greatest safety risk. However, minor crimes such as pickpocketing occur. A common way to deceive tourists is the following: you are approached by some friendly students who want to practice their English. They suggest that you go to a tea house or a bar and when the bill comes it is several thousand kronor and the tourist is forced to pay in different ways.

General and mixed
Local time: The difference from Sweden is six hours in summer and seven hours in winter. Taiwan has the same time as China.
Baggage: It sometimes happens that the checked baggage gets lost. Therefore, pack important medicines with a certificate from your doctor in your hand luggage. The same goes for valuables. Label all your luggage carefully with the luggage tags you receive with the tickets. This is important as these notes are our identification at the airport and at our hotels in Taiwan. It is good to have a proper, lockable suitcase because the bags are not treated very carefully.
Electricity: In Taiwan 110 volts are used, but in some hotels and more it is also possible to use our 220 volt connectors, as the air conditioning runs at 220 volts!
Tips: We have usually included tips for local guides and drivers in the price of the trip. If you want to give a little extra to the carrier, the guide or the room service, it is completely optional. Taxi drivers and wait staff do not expect tips.
Language: In Taiwan, Mandarin, which is the national language, is spoken. In addition, Holo is spoken in Taiwanese, the same dialect as in the Chinese province of Fujian. Holo is spoken by about 70% of the population mainly within family or with friends. Except in Taipei, there are very few who speak English. In the larger hotels there are always some at the reception who speak a little English. 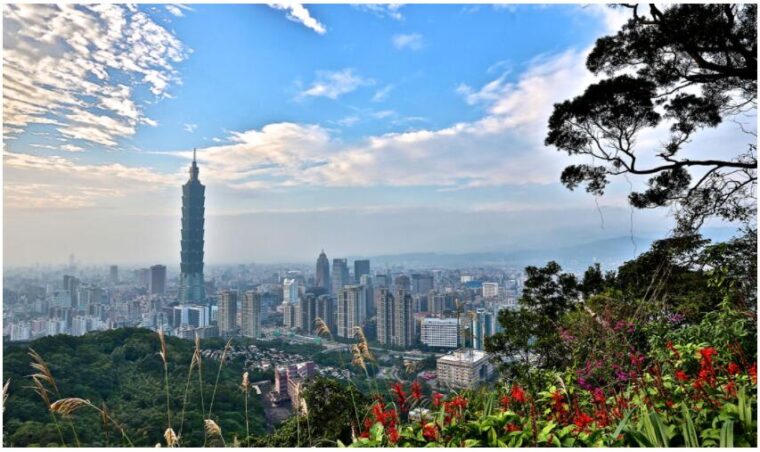