Bolivia. The June 30 presidential election was very even. The votes were distributed among three candidates. Gonzálo Sánchez de Lozada of the Movimiento Nacionalista Revolucionario (MNR), who was president in 1993-97, won with 22.5% of the vote over Evo Morales (Movimiento al Socialismo, MAS), but the margin was very small, only 1.6%. In addition, Manfred Reyes Villa for Nueva Fuerza Republicana (NFR) received only 721 fewer votes than Morales.

The Congress, which, according to Bolivia’s constitution, elects the president when no candidate has achieved his own majority, appointed five days later Sánchez, commonly called Goni, as the country’s new president. The government base became very weak and uncertain; Sánchez and MNR were forced to form a coalition with their political arch-opponent Movimiento de la Izquierda Revolucionaria (MIR) with support from several other parties.

According to Countryaah website, national day of Bolivia is every August 6. Sánchez has declared continued reforms in the same market economy spirit as during his previous term, but is also forced to take into account Morale’s strong election results. Morales is also a spokesman for the country’s coca farmers and demands that the coca farmers who switched their production to other crops receive state compensation and that free markets for coca leaves are allowed. In addition, the cocoa growers want to expand the area for legal cocoa cultivation while the government, with the support of the USA, wants to reduce it. The conflict between the government and the coca farmers has escalated, especially after the authorities in January tried to close the legal coca markets. 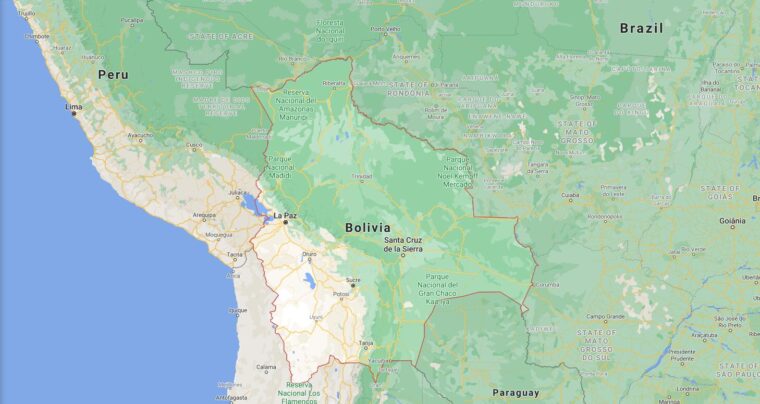 Peasant protests in Sacaba in Cochabamba Province then led to three days of unrest and confrontation between protesters and police, with seven dead as a result. In September, the negotiations between the government and the cocoa growers broke down.

The former military dictator and later elected president Hugo Bánzer died on May 5 after a long illness, which included forced him to leave the presidency prematurely in August 2001.

Visas
Finns do not need a visa to travel to Bolivia for less than 90 days. Note. The passport must be valid for 6 months from arrival in the country.

Currency
The Bolivian currency is the Boliviano (BOB). However, it is most useful to bring American dollars with you on your trip, which are commonly used as a means of payment at airports, hotels, and restaurants. In addition, it is easiest to exchange good-sized American dollars at currency exchange offices.

Credit card usage is generally subject to an 8% commission, which will be added to the invoice. You should always have cash with you just in case.

Tips
Waiters and restaurant staff expect 10-15% tips on the final invoice unless a service charge is included in the invoice price.

Time difference
GMT -4. In Bolivia, -6 hours in winter and -7 hours in summer.

Electricity
Electricity in Bolivia is 220 V (in La Paz in places 110 V). An adapter is required for devices used in Finnish sockets.

Mobile phones
Check the availability of your mobile phone with your operator. The area code for Bolivia is +591.

Climate
Bolivia is located in the southern hemisphere and the country is divided into three different zones: the Andean mountain plateau, or Altiplano, in the western part of the country, the subtropical valleys in the central part, and the tropical rainforest in the eastern part. Climate and temperatures thus vary greatly from region to region and altitude. Bolivia’s winter season is from May to October, which is the driest season, and the summer season is from November to April, which is wetter and more foggy.

During the summer rains, the lowlands in the central and eastern parts of the country may have muddy, heavy insects and heavy rains, which can occasionally make travel difficult on muddy roads and landslides. The Amazon region in the eastern part of the country has a tropical climate all year round.

Exit fees and airport taxes The Bolivia exit fee is approximately 25 USD / person. Payments can be made in either local currency or US dollars. Exit fees are always paid in person when leaving the country.

For domestic flights, an airport tax of approx. 15BOB is charged, which is paid on site.

Photography
Bolivia is a very photographic country. Asking permission before taking a photo of the population is recommended, as many people still believe that face photography produces bad luck.