Burkina Faso. Several reforms had been made by the electoral system before the spring parliamentary elections, which led to all opposition parties running for election this time. It was originally held on April 28 but was postponed until May 5 to allow more voters to register.

According to Countryaah website, national day of Burkina Faso is every August 5. The Governing Democracy and Progress Congress (Congrès pour la demokratie et le progrès, CDP) won 57 of the 111 seats, which meant a decline of over 40 seats. The CDP could still retain a scarce majority in Parliament. 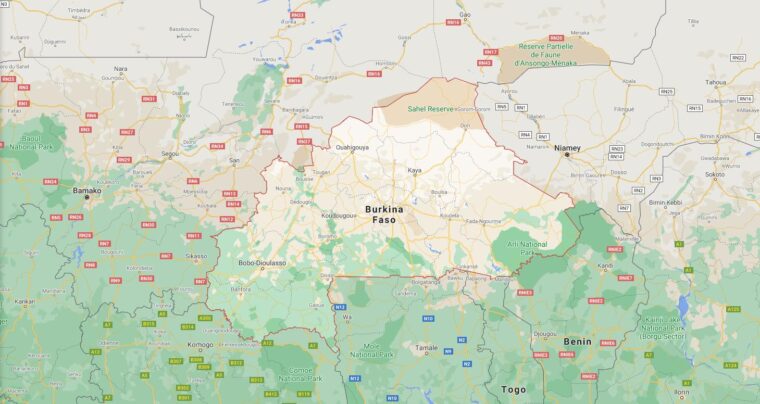 The turmoil in Ivory Coast during the fall led to attacks on Burkinians living there. At the beginning of November, some 30,000 Burkinis had moved to Burkina Faso. The Burmese government rejected allegations that it would have supported a military uprising in the neighboring country in September. Over two million Burkinis are believed to reside in Ivory Coast. Many of them have lived in neighboring countries for a long time, some of them even born there.

On 4 August 1984 the Upper Volta (v. II, p. 725; App. III, i, p. 77; IV, i, p. 108), an independent republic since 1960, took on the name of BF (which means “homeland of real men”). Previously divided into 10 departments, it is now divided into 30 administrative provinces; the total population in 1988 was 8,530,000, with a density of 31 residents per km 2, with the exception of the province of Kadiogo where the presence of the capital, Ouagadougou (442,223 residents), brings the density to 400 residents per km 2. In the north of the country the population, dedicated to pastoral nomadism, does not reach 20 residents per km 2, while values ​​of less than 5 are observed in the south-eastern area: here the natural environment is particularly hostile, rainfall ranging between 1000 and 1500 mm per year abound, infectious diseases are endemic. The structure of the population highlights the high presence of young classes (45% does not exceed 15 years); the annual growth coefficient stands at 2.6% (1980-88 average), life expectancy at birth is still particularly low: just under 44 and 47 years respectively for males and females. Half of the population is made up of Mossi, mainly devoted to agriculture and livestock; followed by the Mandingo and the Fulbe (7% and 10%), the Lobi and the Bobo (both with values ​​equal to 7% each), the Sénoufo and other ethnic groups. Animists (45%) continue to prevail over Muslims (43%), while the presence of Christians is reduced. The illiteracy rate which affects 91% of the population is very high.

The BF continues to be one of the poorest countries in the world and the recurrence of annual droughts has contributed to aggravating an already compromised situation. The continental nature of the country and its remoteness from the coast reinforce the traditional agricultural and pastoral vocation. Primary activity occupies more than 80% of the population and contributes to 45% of the domestic product; the arable areas slightly exceed 10% of the total surface, while the meadows and pastures extend over an area almost quadruple and the forests occupy 25% of the territory. The prevailing productions, typical of the two-season tropical climate, are intended for internal consumption and include millet, sorghum, corn, rice, sweet potato and cassava. The crops of cotton, peanuts and sesame, on the other hand, feed a good current of exports.

The contribution of the mining industry is marginal despite the presence of three important resources: gold in Poura, south-east of Bobo-Dioulasso; manganese near Tambao, whose deposit is considered to be among the largest in the world; zinc and silver recently found in Perkoa, near Koudougou. 14% of the domestic product comes from the manufacturing industry focused on the transformation of agricultural goods (cotton, beer, tobacco and sugar) and on the processing of artifacts for rural work. Installed electricity is 59,000 kW and production reaches 125 million kWh.

The enhancement of some tourist locations (such as the Diapaga hunting reserve and the Arly wildlife reserve) is hindered by the lack of accommodation facilities and the inefficient communications network.

The main railway line is still the Abidjan-Niger, which connects the capitals of the BF and the Ivory Coast (517 km), and its extension of about 100 km towards Dousin and Kaya, in the north of the country. Of almost 11,300 km of roads only 12% are asphalted; two international airports are active in Ouagadougou and Bobo-Dioulasso.