Disney’s Animal Kingdom is a special class zoo on a site that is larger than the other three parks combined. The Animal Kingdom only opened its doors in 1998 and could hardly save itself from the rush from the start.

The name Disney is primarily equated with animations, fairy tales and colorful, artificial fantasy worlds. Visitors to the Walt Disney World Resort experience that this is only one side of the coin. This huge amusement and amusement park near Orlando in Florida inspires again and again with the theme park in which everything is about animals and the preservation of their natural habitat.

Anyone who talks about Disney must also talk about animals. And that doesn’t just mean the well-known cartoon characters, but also the impressive documentaries that show the life of different animal species in the wild. Whoever wants to marvel at exotic animals away from the TV screen and learn more about them has the opportunity to do so in the world’s largest Disney theme park “Animal Kingdom”.

Animal Kingdom is next to the Magic Kingdom, Epcot and Disney Hollywood Studios the fourth theme park of the Walt Disney World Resort in Florida and, with 10.4 million visitors in 2014, was the fourth most visited amusement park in the USA (seventh worldwide). The symbol of the park, which opened on April 22, 1998, is the tree of life, which is 44 meters high and 15 meters wide in the center of the site.

The “Animal Kingdom” is the youngest of the four large theme parks at Walt Disney World Resort. It is divided into seven areas, each of which is on its own island. Of course, you will also meet the typical Disney characters here, visit fun rides and take a break in restaurants in between. Nevertheless, the Animal Kingdom has a very special character that clearly distinguishes it from all other theme parks. The reason for this is that in large parts you feel more like a zoo than an amusement park.

Here the animals are clearly in the foreground on 202 ha. The park is currently divided into six themed areas, with each area dedicated to a specific topic. A 7th area is to follow in 2017. Nonetheless, Disney’s Animal Kingdom is not only an animal, but also an amusement park that offers various rides and other attractions in addition to living creatures.

Oasis: First Steps in the Kingdom

If you enter the park you end up in the Oasis area, where the first animals are waiting for the interested visitor. Screeching, colorful parrots, cozy turtles and chattering ducks, but also grotesque anteaters and deer boars can be admired here as well as the small wallabies along the footpaths that lead to the main region of the park “Discovery Island”.

Discovery Island: At the center of the animal kingdom

Discovery Island is the focal point of Disney Park. The tree of life is located here. A 3D cinema has been integrated into this, which with “It’s Tough to be a Bug” takes visitors into the world of the Disney film “The big crawling”. Footpaths run from Discovery Island to all regions of the park and of course there are animals to be discovered here too. There are, for example, many species of birds, such as Old World vultures, cranes and flamingos, but also living fossils such as the Galapagos tortoise, lively otters and impressive axis deer.

If you continue on the footpath to the Africa themed area, you will reach the meeting point for the Kilimanjaro safari expedition via a winding path and a luxurious garden gate. Here the tour begins in the huge Harambe Wildlife Reserve, a sanctuary that is said to be dedicated to the conservation of African animals. This was implemented in the form of an artificial savannah with hills and rocks that can be driven on with an open safari vehicle. This gives you the impression that you are really on safari in Africa. Rhinos, elephants or zebras can appear, lions, cheetahs and hyenas, but also crocodiles, ostriches or warthogs, to name just a few examples. You can take photos during the safaris, so it is worth taking your camera with you.

Another content of the Africa topic is the Gorilla Falls Exploration Trail, which leads along a forest path through a small African village, past exotic birds, rodents and reptiles to the gorillas. The hippos can also be observed underwater here.

The Rafiki’s Planet Watch themed area can only be reached with the Wildlife Express Train. Here you drive past various buildings in the park and you can also take a look behind the scenes of the amusement park and, for example, watch the medical staff of the park at work. Interactive shows and games, the “Affection Section” petting zoo and the “Habit Habit!” Offer, which allows primates to be observed up close, round off the attractions in Rafiki’s Planet Watch as well as an adventure trail.

Asia: A tour through the rainforests of Asia

In addition to Africa, Asia also has its own subject area in the Animal Kingdom. Passing ancient ruins, the adventurous animal lover can explore the mysterious royal forests of Anandapur. They are said to have once been the hunting ground of wealthy maharajas. But today paradise is a reserve that can be explored, according to the story that was spun around this topic. Along the path past waterfalls, exotic animals such as Asian tigers, Komodo dragons, water buffalo and over 50 species of birds await interested visitors in an area modeled on their natural habitat.

And if that’s not enough, the high-speed roller coaster “Expedition Everest”, which was built into an artificial mountain range, and the river rafting attraction “Kali River Rapids” have the opportunity for a little extra thrill.

DinoLand USA: What would an animal park be without dinosaurs?

In addition to living animals, the Animal Kingdom also has a whole themed area dedicated to dinosaurs. Whether it’s the “Boneyard”, where you can dig for dinosaur bones, or the Cretaceous Trail, everything here revolves around the extinct lizards. In addition, the rides “Primeval Whirl”, “TriceraTop Spin” and various fun attractions such as horse races or can throwing await you in Dinoland.

In addition to animals and rides, the amusement park has various performances and specials ready for its visitors. Shows such as the bird show “Flights of Wonder”, the musical “Finding Nemo” or the stage show “Festival of the Lion King” ensure entertaining pastimes.

In addition, as in other theme parks, visitors have the opportunity to meet life-size figures of their Disney stars and pose for a photo with them. You can find out which show is on at the Park website or directly on site.

The animal kingdom never sleeps. After dark, the 20-minute show “The Jungle Book: Alive with Magic” invites the guests of the amusement park, the performers on a journey with music, singing and impressive light effects into the world of the human boy Mowgli and his animal friends and enemies consequences. The “Tree of Life” is also fascinating in the dark with its fascinating play of light.

The Rainforest Cafe is located directly in the entrance area of ​​the park. There is also the “Yak & Yeti” restaurant in the Asia theme and the “Tusker House Restaurant” in the Africa theme. For those who visit the Animal Kingdom for several days, stand various accommodation options ready. 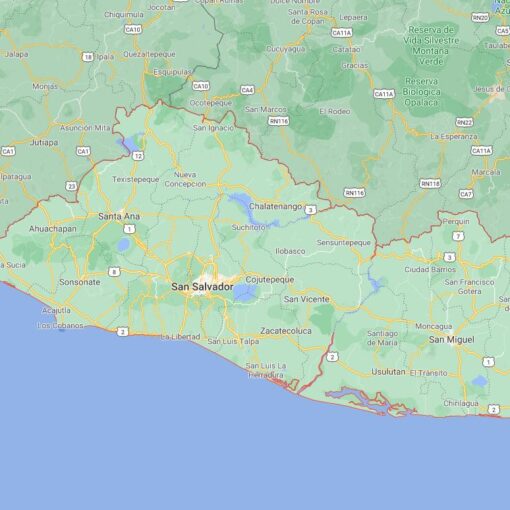