The most caustic is certainly Présence Panchonnette, a group of artists who propose the ridiculous objects of popular culture mimicking the installations of art professionals. At the extreme limit of art, they connect to a tradition of critical and satirical activities recognizable from the end of the 19th century. The context of the work of art, in the wake of M. Duchamp and Buren, is the central theme of the work of B. Lavier (b.1949), for which painting is simply covering objects with a layer of resin, while when it superimposes two objects, refrigerator and safe, it highlights their presence together as works of art, because the device is installed in a museum, and also the inevitable basic role for one of the two. The presentation devices of the works are also at the center of Bazile-Bustamante’s work, a group of two artists, and of M. Bourget: the first, more radical, play on the absurd and functional uselessness; Bourget favors the anecdote and the humorous situation: the basis, for example, becomes the work itself. An important role in today’s art is attributed to the presentation spaces of the works: then artists such as M. Verjux and France Varini dedicated themselves to the work of these exhibition spaces, proposing an elaboration based on light: for the first, dematerialization and insertion of the viewer’s perception with light projections; for the second, in the midst of the processes of anamorphosis, forcing the viewer to identify a place in space, which is the only one from which the work can be perceived in its entirety. A. Leccia also worked with light: projectors, Baiser, as he entitles the work; his work, however, results more from the relationship with advertising and with the world of the market spread through the media, than from the mere device of exposure. The world of advertising that spreads merchandise is at the center of the works of IFP and Ph. Cazal. IFP (Information Fiction Publicité), a group of artists, uses advertising media such as illuminated signs and posters to build installations in which the viewer perceives the emptiness of this type of communication. Cazal instead puts on stage, in large color photographs, as an artist: not the one at work in his studio, but the social and worldly one of vernissages and cocktails.

More radical is the attitude of Ph. Thomas, who disappears as an individual behind the circumstances and the different aspects of art: collectors and critics become the authors of the works he produces. On the other hand, he coined the term fictionnalisme, to indicate the generalized fiction that he considers proper to art, and thus he created the agency Les ready-made appartiennent à tout le monde, which replaces the artist himself in the production of exhibitions.

According to historyaah, the vitality and great diversity of French art in the decade 1980-90 was often the work of young and very young artists. Very busy and full of will to do, they are in the phase of affirming their personality and eagerly discussing artistic issues. The phenomenon was favored by the growing interest in art on the part of the public and also of political institutions. Museums and art centers have produced more exhibitions than in the past and have more generously opened their doors to new creations.

The cultural policy adopted in 1981 by the Minister of Culture of the socialist government J. Lang participates in the effervescence of artistic activity and its diffusion, and in part produces it. The creation of the Fonds Régionaux d’Art Contemporain equips each region with a collection and means of dissemination: this has led to numerous purchases and also the multiplication of exhibitions in various regions, while until today only Paris, with the few exceptions of Bordeaux, Grenoble or Saint-Etienne, had presented the ‘contemporary art. The implementation of a policy of aid, scholarships and travel in favor of young artists aims to put them in contact with the artistic reality of other countries. The public commissions of works of art to contemporary artists, not specialized in the decoration and ornamentation of public buildings, have accustomed, not without disputes (cf. Les colonnes by D. Buren at the Palais Royal), citizens in the presence of new forms. During this period, numerous museums or contemporary art centers opened: Villeurbanne (1982), Bordeaux (1984), the Magazine in Grenoble (1986), Saint-Etienne and the Villa Arson in Nice (1987) became centers for artistic activity, while numerous alternative galleries deal with young artists in the province. Some professional galleries even deliberately choose to stay in the provinces: Sparta in Chagny, Arlogos in Nantes, Nelson in Lyon or Pailhas in Marseille. The artistic diffusion also passes through magazines and periodicals: if Artpresse remains one of the most important bases of the communication of contemporary thought, new magazines have been born: Beaux Arts Magazine, intended for the general public, and Eighty Magazine (1983), Galeries Magazine (1985), Artstudio (1986).

The exhibition has become an important public phenomenon: you can see long lines for the classic and prestigious exhibitions at the Grand Palais in Paris, but, even without reaching the same proportions, every exhibition of contemporary art, monographic or collective, becomes an event, spread by the average. Among the memorable exhibitions: Baroques 81 and Truc et troc at the ARC in Paris (1983), Légendes at the Musée d’art contemporain in Bordeaux (1984), the last Biennale de Paris in the great Halle de la Villette (1985) and Immatériaux, organized in the same year by J.-F. Lyotard; Qu’est-ce que la sculpture moderne at Beaubourg and Tableaux abstraits at the Villa Arson in Nice (1986); L’époque, la mode, la morale, la passion al Beaubourg (1987) and Les magiciens de la terre (1989) sparked lively debates and directed investigations into art. Every year the International Contemporary Art Fair (FIAC) is the meeting place for buyers and amateurs in Paris. New collectors, young and adventurous, accompany the French artistic creation. Without knowing the infatuation of the American market, even French art becomes the new financial game for some investors.

The future years will see the confirmation of trends and above all the emergence of personalities, which will emerge from all this intense and feverish activity that characterized the last decade. 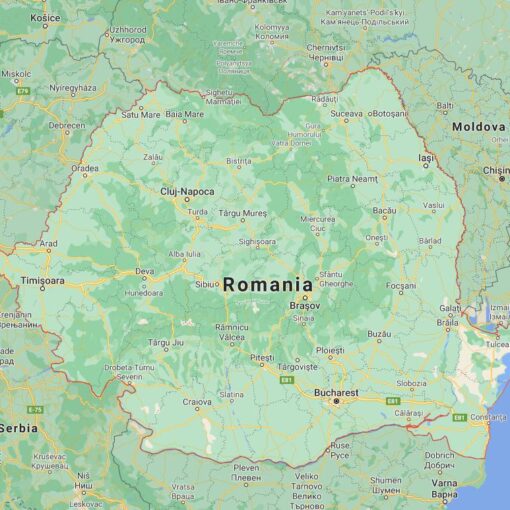