Guinea. According to Countryaah website, national day of Guinea is every October 2. The parliamentary elections, which would have been held in the spring of 2000, were held on June 30. Several opposition parties boycotted the election. Of the twelve parties running for election, only three belonged to the political opposition. 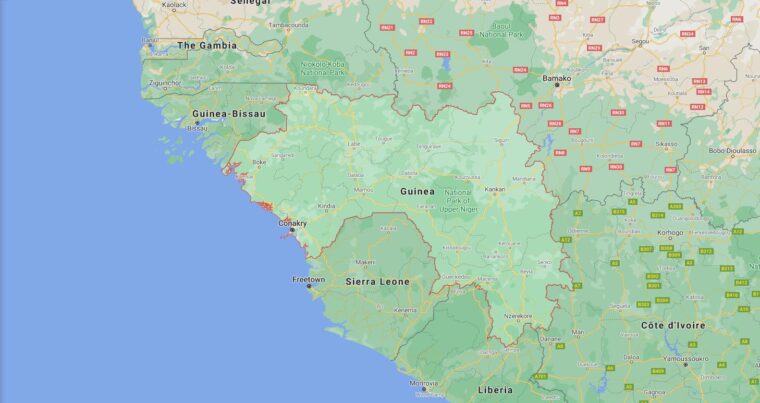 None of them could threaten the power of the governing Unity and Progress Party (Parti de l’Unité et du Progrès, PUP). The PUP won 85 of the 114 seats, which was an increase of 14 seats compared to 1995. The largest opposition party was the Union for Progress and Renewal (Union pour le Progrès et le Renouveau, UPR) which received 20 seats. According to official data, turnout was just over 70%, but both this figure and the election result were questioned by the opposition.

Struggles in Liberia increased tensions around the border and led to new refugee flows from neighboring countries. In September, relief workers expressed concerns that the safety of refugees and locals could not be guaranteed.

In the fall, reports came that mass graves with hundreds of corpses had been found near the town of Kindia in the west of the country. According to a domestic human rights organization, most of the victims are believed to have been executed in the 1960s and 1970s under the dictatorship of Sékou Touré.

On January 12, 2010, Camara was flown from Morocco to Burkina Faso, and at a meeting in the capital Ouagadougou, Camara, Konaté and Burkina President Blaise Compaoré agreed on a 12-point agreement to bring Guinea back to civilian rule within 6 months. They agreed that the military should not nominate its own candidates for the presidential election and that Camara should continue its re-election outside Guinea. On January 21, the dictatorship appointed Jean-Marie Doré as prime minister for a transitional government in the period leading up to the planned elections.

In 2010, presidential elections were held – the first free elections in the country’s history since independence in 1958. In the second round of the November elections, Alpha Condé was elected to the post with 52.52% of the vote against Cellou Dalein Diallo, who had to settle for 47.48 %. Otherwise, Diallo came out strongest in the first round in June with 43.69% of the vote against Condé’s 18.25%. The second round was originally due in July, but was postponed on several occasions and in September, the president of the Independent Electoral Commission, Ben Sekou Sylla and a clerk in this one were convicted of tampering with the voting result. The vote largely followed ethnic lines, with the Fulanis supporting Diallo, while Condé supported the Malinians. Following the announcement of the result, riots erupted, with Fulani erecting barricades and burnt down houses.

In June 2011, Condé set up a Peace and Reconciliation Commission. However, there was considerable uncertainty about its mandate and powers of power, and the initiative was taken without consultation with civil society. The EU and the US were pushing for the president to hold parliamentary elections, while the international human rights organizations and the ICC placed more emphasis on resolving the massacre in September 2009 and bringing those guilty to justice. At the same time, corruption and nepotism continued unchanged in the country.

On July 19, 2011, the president’s residence was subjected to a mortar and rocket attack and for 2 hours the presidential guard fought the assailants. One member of the garden was killed and two injured, but Condé was not hit. A former army chief and 38 soldiers were arrested a few days later for the coup attempt. UN Representative in West Africa Said Djinnit stated that the coup attempt underscored the need for further reforms of Guinea’s military.