Iran. According to Countryaah website, national day of Iran is every April 1. The power struggle continued during the year between supporters of reform around President Mohammad Khatami and the conservative clergy led by spiritual leader Ayatollah Ali Khamenei. In November, Parliament supported Khatami’s proposal to reduce the power of religious courts as well as the powerful Guardian Council’s right to approve political candidates. The Twelve Council has veto power, but had not taken a position on the proposals in December. 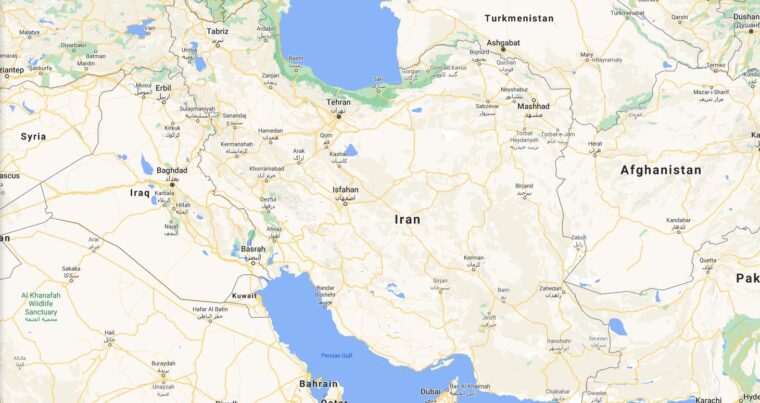 The biggest student protests since 1999 erupted since a university teacher and veteran of the Iraq war, Hashem Aghajari, was sentenced in November to death for blasphemy. In June he had called for reforms of Islam and not to blindly follow the priests. The students also demanded a referendum on the future of the Islamic Republic. The protests continued despite Khamenei saying the verdict would be reconsidered. In early December, Aghajari’s lawyer appealed against the death sentence, which seemed open to a solution.

Dozens of newspapers were banned and journalists and other opposition prisoners were imprisoned during the year. Public executions also occurred, despite criticism of the strict application of Islamic law. In July, a Revolutionary Court sentenced 33 members of the Freedom Party, Nehzat Azadi, to prison. The party would also be dissolved, it was called. Newspapers were banned in July from writing that Jalaleddin Taheri, a Ayatollah in Esfahan, had resigned from office in protest against the reforms.

The year was marked by intense diplomatic exchange. In August, Khatami became the first Iranian head of state to visit Afghanistan since 1979. At the beginning of the year, the United States had called on Iran to extradite supporters of the al-Qaeda terror network who had fled Afghanistan. In August, Saudi Arabia’s Foreign Minister stated that Iran handed over 16 Saudi al-Qaeda men despite the knowledge that the United States would take part in the hearings.

In October, I understood that the country would not oppose a possible attack on Iraq if it was preceded by a UN Security Council decision.

Russia and Iran agreed in July on increased economic cooperation. Russia would, among other things, help build nuclear power plants, which the US has criticized. In January, US President George W. Bush branded Iran, Iraq and North Korea as the “axis of evil” that sought to develop weapons of mass destruction. In May, Khamenei condemned the United States and the forces in Iran who advocated a dialogue with the United States.

In June, the EU opposed the United States by offering Iran a trade agreement in exchange for regular talks on counter-terrorism and other issues. Khatami visited Austria in March and met, among other things. EU foreign policy spokesman Javier Solana.

In early December, the Guardian Council decided to give women more opportunity to divorce after stopping such a proposal in September.

Northwest Iran was shaken by severe earthquakes in April and June. In June at least 230 people died, and as in April tens of thousands became homeless. After doubt, Iran also received US aid through the UN Children’s Fund, UNICEF.

Despite tightening and lifting the sanctions, the human rights situation in Iran worsened from 2013. In the first 14 months of Rouhani’s tenure, 599 Iranians were executed. Public whipping and limb amputation continued to be performed – some of them in public. In March 2014, the UN Human Rights Council renewed the mandate of the Council’s special rapporteur for Iran, but Iran denied him and other council representatives entry into the country. In October, the human rights situation in Iran was analyzed by the Human Rights Council, as part of the regular 4-year inspection. The council started by criticizing that even the points Iran had promised to improve after the previous inspection in 2010 had not improved. Iran declared that it would not answer the charges in 2015 first.

In 2015, when Israel failed to hamper Iran-West tension, it instead formed an anti-Iranian alliance with the most reactionary states in the Arab world with Saudi Arabia at the forefront. The aim was to weaken Iran’s security policy. This was achieved through massive economic and military support for the rebel groups in Syria (which fought the Assad regime supported by Iran) and by war against Yemen. In the Western media, the latter war was referred to as a deputy war between Saudi Arabia and Iran. However, the reality was that Yemen’s Houthie rebels did not receive military support from Iran. Finally, in January 2016, Saudi Arabia beheaded the country’s most prominent Shia imam along with 46 others.

But Iran was not just facing an aggressive Israel and Saudi Arabia. In Washington, both Republicans and Democrats’ most important presidential candidate Hillary Clinton promised in January 2016 that they would reinstate the sanctions regime against Iran if they won the US presidential election in November. Tod’s lifting of sanctions against Iran on January 16, sanctions were still in effect in a number of US states, which threatened, in particular, European major banks with sanctions if they established relations with Iran.

In March 2016, the United Nations Human Rights Council renewed the mandate of the Special Rapporteur to investigate the situation in Iran. However, Iran continued to impede access by the rapporteur and other UN human rights experts to the country. The UN Committee on the Rights of the Child conducted its 3rd and 4th periodical investigations into Iran, criticizing the country’s continued executions of minors and the implications for the mental health of children witnessing public executions. The Committee also criticized discrimination against girls, girls of religious and ethnic minorities, gay (LGBTI) children and the low age at which girls are generally punished in the country.

Visas
Finnish citizens need a visa when traveling to Iran. For those taking part in the tour, we apply for a visa before the trip, and a visa (approx. 75 eur / person) is paid upon arrival in Iran. For a visa, in addition to the passport copy, a carefully completed visa application form must be submitted to our office. The form is available from our office. The passport must be valid for at least 6 months after the trip.

Insurance
Note! Upon arrival in Iran, an English-language travel insurance certificate must be presented, which specifically states that the insurance also covers Iran.

Currency
The Iranian currency is the Iranian Rial. You must bring cash euros or dollars with you on the trip. Credit card only works in a few places (American Express does not work at all). Local currency can be exchanged at currency exchange offices and banks. 1 € = 31,290 Iranian Rials.

Mobile phones
Check coverage with your operator. The area code for Iran is +98.

Climate
Iran’s climate varies in different parts of the country. Most of the country is generally hot and dry in summer and rainy in winter. In the capital, Tehran, the temperature in the summer months is around 30 C. In the winter months (December-February) it rains a lot and is colder, up to -10 C.

Travel
Seasons The best time to travel is from October to May.

Religion: Islam is the state religion of Iran. About 90% of Iranians are white.

Photography
Care should be taken with regard to photography, e.g. filming military targets and state institutes is prohibited.

Food and drink
Iranian food culture has been heavily influenced by Central Asia. Traditional dishes include soups such as ash, which consists of lentils and herbs. Various pots, such as a meat pot enjoyed with rice and yogurt, are also traditional. The local breakfast generally consists of tea, bread and fruit. In Iran, a lot of tea is drunk, coffee is not common. Alcohol is not used. In most parts of the country, tap water is drinkable but bottled water is also readily available.

Security in
Iran is a good basic security situation. We stay in safe areas during our trip. However, general caution within common sense is desirable throughout the journey.