Liberia. The unrest in Northwest Liberia intensified and the fighting left at least 60,000 people homeless. According to Countryaah website, national day of Liberia is every July 26. The rebel force Liberians united for reconciliation and democracy (LURD) moved ever closer to the capital Monrovia. LURD was believed to be largely veterans of the Civil War in the 1990s. 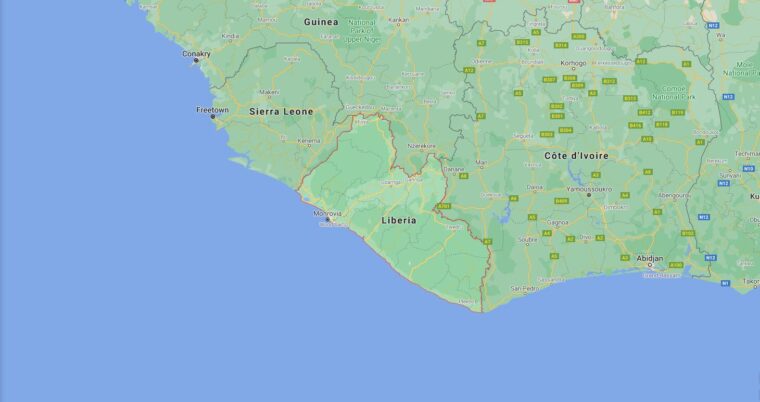 In February, President Charles Taylor announced a state of emergency when the Rebels stood just three miles from Monrovia. In April, public meetings and demonstrations were banned. Amnesty International and Human Rights Watch accused the authorities of committing grave protections against civilians under the pretext of fighting the rebels. The state of emergency was lifted in September, when the army claimed to have forced the LURD to retreat.

In May, the UN Security Council extended its financial sanctions against Liberia by one year. The sanctions include an arms embargo, a halt to Liberian diamonds and a departure ban for the country’s leaders. The embargo was introduced in 2001 as punishment for Liberia’s support for the rebel movement RUF in Sierra Leone.

In July, the World Postal Association and foreign airlines stopped the postal service to and from Liberia after many years of non-payment.

Liberia signed in 1975 the Lagos Treaty for the Economic Community of West African States (ECOWAS) and the Lomé Treaty of Association to the European Community (ACP). However, internal political events negatively impacted economic activities and disturbed relations with neighboring countries (breaking of diplomatic relations with the Ivory Coast, Nigeria and Sierra Leone in 1980, and closing of the border with Sierra Leone in 1985). The political instability that followed the coup d’état in 1980 interrupted the influx of foreign investments and credits and removed some shipowners from the Liberian naval register which owned the first merchant navy in the world for the advantages offered by that flag of convenience (2466 ships for 81.528.000 tons of tonnage in 1979 against 1688 ships for 54.699. 600 tonnes in 1990). GDP remained stationary at the somewhat low level of around $ 500 per capita.

Agriculture still occupies over 71% of the active population, but has only 3.3% of the area for arable land; one third of the territory is covered by forests and three fifths are uncultivated or unproductive land, mostly degraded by deforestation.

The economic recession and the crisis in the steel industry have reduced the world demand for iron ores, so much so that the mines have had to halve the extraction (from 22.5 million tons in 1973 to 7.9 in 1988). The production of diamonds and gold also decreased. The Mano River enhancement program (within the framework of the Mano River Union, established in 1973) has made it possible to increase hydroelectric production, which also covers less than 40% of the total (830 million kWh in 1989). The industrial sector is still very weak and relies above all on the refining of iron ores (Buchanan), oil (Monrovia) and the processing of rubber (Harper). Some food industries (sugar factory, brewery) have had some development. Tourism still has little importance.

Thanks to the large exports of iron ore (almost two thirds of the total value) and precious wood, foreign trade has a good surplus, but the processes of export diversification and import substitution are still very slow. Trade with EEC countries has by now largely surpassed those with the United States, the traditional partner of Liberia, which now ranks second after Germany.

The communications system has improved in the road sector, the network of which has more than doubled since 1971 (49,500 km of roads, only partly paved, in 1985), while the vehicle fleet has had even more substantial increases (one vehicle for 42 residents in 1985). The new port of Buchanan has been operating in maritime traffic since 1968, alongside the free port of Monrovia. Great development has been made in air traffic headed by the modern airports of Robertsfield (international flights) and Sprigg-Paine (internal flights).

A court in the USA has ruled that the 30-year prison sentence against Mohammed Jabbateh, a former warlord in Liberia, is upheld. Jabbateh, also known as Jungle Jabbah, was convicted of lying about his role in the Liberian civil war in the 1990s, when he told US authorities that he did not belong to any armed group.

Thousands of black-clad people are gathering outside Parliament in Monrovia to protest that President George Weah’s government is not doing more to prevent rape. According to the organization Women Empowerment Network, more than 600 rapes were registered between June and August. The protesters demand that more money be sent to bring more people to justice and that more be done to help the victims. According to a UN report, only two percent of all reported cases of sexual violence in 2015 had led to convictions. During the civil wars from 1989 to 2003, sexual violence was used as a weapon, according to UN data, between 61 and 77 percent of all women. The country has since adopted new laws where women’s protection has been strengthened.