The symbol of the island of Gozo was just a short walk from the village of San Lawrenz. The so-called Azure Window with a length of 100 m was a popular photo motif until it collapsed in a storm in spring 2017. It is hard to believe that this huge karst archway was of natural origin. The 20 m high rock was undermined by the force of the sea in such a way that a gigantic hole in the form of a window was created. Behind the rock gate, a small culvert led to the Dwejra Salt Lake.

The Grandmaster´s Palace was completed in 1574 in the capital Valletta. The largest palace in Malta was the official residence of numerous rulers. Today it is used by the President for state receptions, among other things. Outwardly simple, one finds inner courtyards, a fountain with a water feature, magnificent rooms and noble tapestries within the complex. Some important paintings are housed here. The palace armory has an impressive and extensive collection of weapons from the 16th to 18th centuries. Rifles, cutting and thrusting weapons as well as cannons and suits of armor are on display here, among other things.

A deep blue and turquoise coloration of the water characterizes the 30 m high Blue Grotto on the southwestern coast of Malta. Between the cities of Żurrieq and Hagar Qim, a branch leads down to the most impressive grotto in the cave system. Excursion boats often visit the six caves with their grotto arches. The sight of the Blue Grotto is particularly beautiful in the early morning hours, when the sun’s rays shining through the grotto opening make the water shimmer in intense colors.

The Blue Lagoon of Comino, Malta’s most beautiful bay, is located on the small and car-free island of Comino. The island is easily accessible by excursion boat from Malta and Gozo. The yellow sandy bottom and the turquoise water offer grandiose light effects and are ideal for diving, snorkeling and surfing. During the summer months, the lagoon is a popular destination and if you want to secure a spot in the sun, you should start as early as possible in the morning.

Malta’s former capital, Mdina, is located in the central west of the island and still exudes medieval charm. Besides the Bishop’s Seat and the Cathedral of St. Paul, the Natural History Museum is one of the most visited attractions in Mdina. The museum is housed in the Vilhena Palace, an 18th-century palace. There are exhibits on biology and earth sciences, as well as a historically significant collection of rocks, birds and exotic insects. The large fossil collection of the Natural History Museum is particularly impressive for children.

At 5800 years old, the Ggantija Temples in Gozo are among the oldest free-standing structures in the world. The complex of the two connected temples is a UNESCO World Heritage Site and offers a modern visitor center. The megalithic temple remains on a high plateau near the city of Xaghra mean giants. According to tradition, they were created by a giantess in a single night.

Gozo is the second largest island in the archipelago. Hills, valleys and rugged cliffs characterize the landscape. Nature lovers will find Gozo’s iconic Rock Arch, Calypso Grotto and Kercem Aqueduct. Diving enthusiasts have plenty of beautiful underwater landscapes, caves and wrecks to explore on Gozo. In addition to archaeological monuments and baroque churches, the 18th century stone windmill in the village of Xaghra is also worth a visit. Xaghra is also home to the alabaster stalactite caves of Xerri’s Grotto and Ninu’s Grotto, as well as the remains of the Neolithic megalithic temples of Ggantija, a UNESCO World Heritage Site, and the Stone Circle of Xagħra.

Valletta, the capital of Malta, was built of sandstone by the Knights of St John and is now a UNESCO World Heritage Site. In 2018 it is “European Capital of Culture”. The port and fortress city is dotted with ornate churches, palaces, museums, shops and cafés. Valletta immerses you in a fascinating world in which the history of the city can still be felt in the present. Impressive sights are St. John’s Co-Cathedral, the Grand Master’s Palace, the large natural harbour, the Barrakka parks and countless historical buildings. You can treat yourself to a break in Café Cordina: with a Maltese pastizzi, a puff pastry filled with ricotta and peas, you can watch the hustle and bustle on the streets outside. 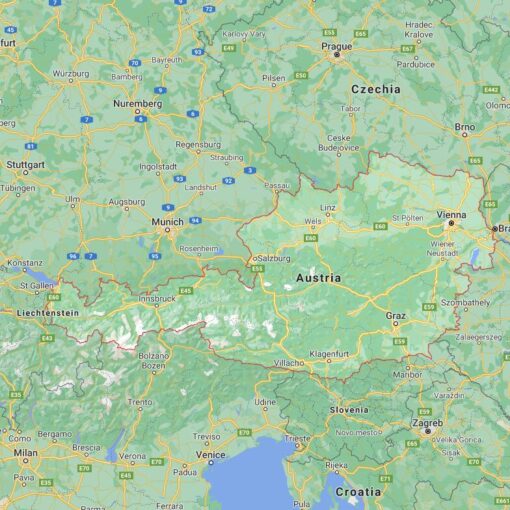