Mauritania. At the beginning of the year, the regime ordered the dissolution of the opposition party Action for Change (AC). However, its members would be allowed to retain their seats in Parliament. The party seemed to be in favor of greater rights for blacks and slaves.

Accusations came from the government that AC was trying to undermine the country’s national unity and that its actions could create tensions with Senegal. On AC’s side, it was claimed that the ban came because of the party’s success in the local elections.

Party leader Messaoud Ould Belkheir had also criticized the government for allowing people to still live under slave-like conditions in the country and for the country to resume diplomatic relations with Israel in 2001.

During the fall, the civil rights organization Amnesty International also demanded that the government take measures to counter slavery and discrimination against former slaves and criticized that so little had been done since the country officially abolished slavery in 1981.

According to Countryaah website, national day of Mauritania is every November 28. Several warnings also came about that starvation threatened after six bad harvests in a row as a result of both drought and severe rainfall. At the end of November, more than 10% of children were reported to suffer from severe malnutrition in the most vulnerable areas. This is in the countryside where tradition invites the children to get food first. Several hundred thousand people were in need of food aid, and it was feared that the situation would become acute in early 2003. However, the aid seemed to be delayed. 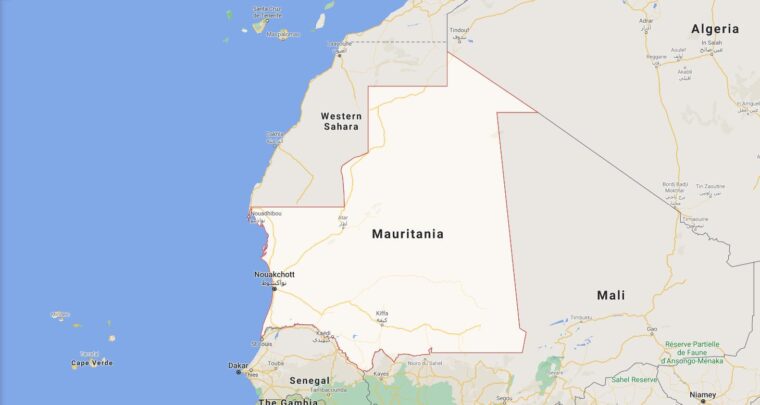 Following the discovery and consequent exploitation of iron deposits, during the 1960s and up to the very first years of the following decade, Mauritania has had the opportunity to experience a period of rapid economic expansion with growth rates that can be estimated – on average – around at 8% per annum. However, it should be noted that this important increase in the overall income produced by the country has had quite marginal repercussions on the living conditions of the population, which has remained anchored to traditional crops and nomadic farming.

In the following years, a long series of negative events interrupted the expansion phase and significantly reduced Mauritania’s development prospects. The fall in international demand for iron ores, the sudden increase in foreign debt, the dramatic drought, the military crisis with Senegal, the repeated episodes of internal instability, the guerrilla warfare conducted by the Polisario in Mauritanian territory are all contributing causes of the serious crisis that hit the country. In the second half of the Eighties and, above all, in the Nineties, the economy showed good signs of recovery, even if the growth rates were no longer those of the previous years: in the period 1992-95 the increase in GDP was constantly higher than 4% per year (expressed, however, in terms per capita, in the period 1990-97 the average annual increase was only 1.5%). The $ 410 per capita estimated by the World Bank for 1998 confines Mauritania to low-income countries and relegates it to the group of heavily backward states. On the other hand, it is estimated that – even today – almost one third of the total population lives below the poverty line.

The main resource of the country continues to be the extraction of iron ores, although this has dropped considerably also due to the exhaustion of the mines of Kédia d’Idjil (definitively closed in 1992). In turn, the El Rhein deposits proved to be not very profitable due to the rising costs of the mineral enrichment process and the difficulties of making it flow into the ports of embarkation. Thanks to the support of international financial groups, the M’Haoudat mine (near Zouerate) was inaugurated in 1994, which enabled the country to reach an annual production of around 11.5 million tonnes.

The production of copper also had troubled events. The Akjoujt mines were closed in 1978 due to the low metal content; reopened in 1981, with funding from various Arab states, it is expected that – in the short to medium term – they will be able to produce 65,000 tons of ore per year. Mauritania also possesses enormous reserves of gypsum, estimated at 4000 million tons; however, only 3000 tons per year are produced, well below the real potential, due to extraction and transport problems.

The primary sector, despite employing over 60% of the workforce, contributes only for a quarter to the formation of GDP. Agriculture is practiced in very traditional forms, most of the crops are destined for self-consumption and the extent of production is strongly conditioned by the weather. The repeated drought phases have had consequences on the cultivation systems, among other things with the spread of a variety of rice with limited water requirements. Finally, the gradual abandonment of the countryside and the significant increase in the degree of urbanization have led to a rise in imports of goods, and now even in climatically favorable periods the country is no longer able to guarantee food self-sufficiency.

The industries are represented by an oil refinery (in Nouakchott), some fish processing plants (the catch is around 100,000 tons per year), a cement factory and modest food factories.

The UN organization Unesco classifies couscous as a cultural world heritage site following a joint application from Algeria, Morocco, Mauritania and Tunisia. Couscous consists of crushed groats, usually of wheat, which is steamed and served with a main course and a large variety of seasoning options. Couscous dishes are considered to be of Berber origin and are common throughout North Africa.

The second wave of the corona pandemic is bringing the country’s healthcare to its knees. The government introduces a curfew and mosques are not allowed to gather people for prayer. Schools and universities are kept closed. The government is appealing to the outside world for financial support. Since March 2020, Mauritania has had more than 10,000 confirmed cases of covid-19 and 222 deaths from the viral disease.

Former President Ould Cheikh Abdallahi, Mauritania’s first democratically elected president, dies overnight at a hospital in Nouakchott due to heart problems. Abdallahi was elected president in general elections in April 2007. However, he was only allowed to serve as head of state for 15 months before General Mohamed Ould Abdel Aziz deposed him in a military coup. Abdallahi refused to recognize the new government and was imprisoned. He was released in 2008 but remained under house arrest for another year. Abdallahi then withdrew from politics and public life. 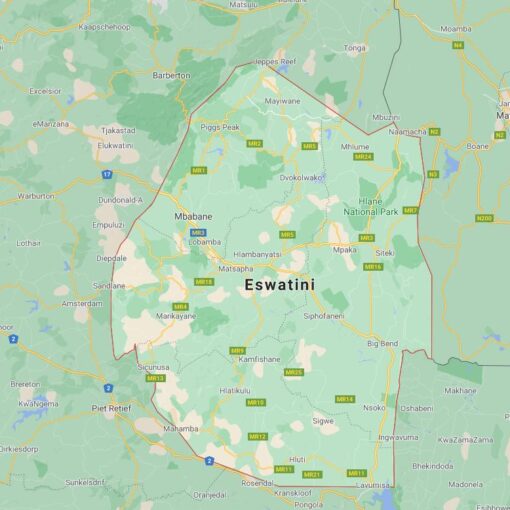