Moldova. The beginning of the year was dominated by extensive political demonstrations demanding the resignation and new elections. The protests were triggered when the Communist-led government made Russian a compulsory school subject from the second class. The government was accused of wanting to approach M. to Russia and was met with slogans like “Away with Russification, away with communism”. Protesters wore the EU flag and demanded the rapprochement of M. to “continental Europe”. The protests were initiated by the opposition Christian Democratic People’s Party, which advocates an association between M. and Romania. Three-quarters of the Moldavans are of Romanian origin, but M. has a large Russian-speaking minority.

According to Countryaah website, national day of Moldova is every August 27. The government temporarily banned the activities of the Christian Democrats, but fell short of the protests and overturned the compulsory Russian school decision. However, the protests continued and gained new fuel in March, when the Christian Democrats’ vice-party leader disappeared without a trace. 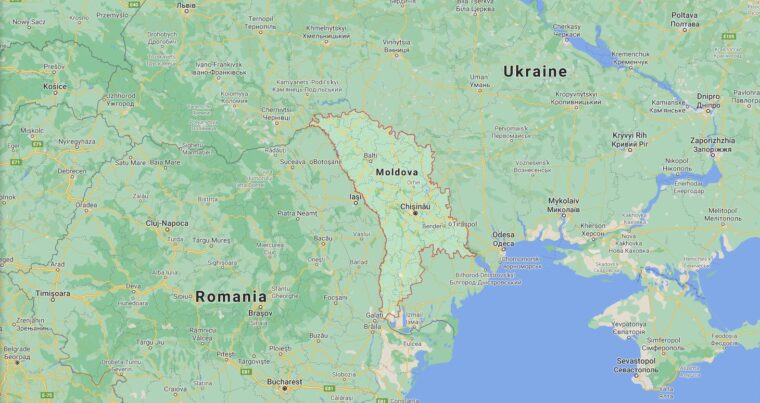 Around 50,000 people were mostly in the streets of the capital Chişinău, protesting. After a few months, the missing politician showed up and claimed that he had been kidnapped.

President Voronin rejected all financial support from the IMF and the World Bank during the year, which provided further financial liberalization as a condition for assistance. Voronin said that it was time for M. to act independently after listening to the international financial bodies for a decade and developing into Europe’s poorest country. Since the Communists returned to power in 2001, inflation has fallen sharply and economic growth has tripled to over 6%. Western analysts, however, warned that M’s economy would collapse, mainly because of the high external debt, if the government rejected new external aid.

Tensions between the Moldovan government and the separatist and Russian-speaking Dnestre Republic increased during the year. M. refused to issue the necessary customs documents for the separatists’ exporting companies, which caused a severe setback for the breakaway republic which has much of the Moldovan industry.

In September, Russia and the Dnester Republic agreed to resume the aborted withdrawal of the Russian military from the separatist republic. At that time, there were about 2,500 Russian soldiers and about 38,000 tonnes of Russian military equipment since the Soviet era.

Relations with Romania deteriorated during the year. M. blamed Romania for involvement in the hostile demonstrations and Romania responded by accusing M. of deliberately creating tension in the region. Romania also labeled M’s government as unable to cope with its social, economic and political problems.

Moldavia (Romanian Moldova) Historical region of Eastern Europe that extends from the outer Carpathian arc towards E. According to a restrictive meaning, which has become prevalent, it includes the outer side of the Carpathians Moldovans and the foothills between it and the river Prut and falls almost entirely on Romanian territory; according to a broader meaning, widespread in the past, it also includes Bucovina to N and Bessarabia, between Prut and Dnestr, i.e. the largest part of the Republic of Moldova.

The Carpathian mountain area and a plateau engraved by the river Siret (a tributary of the Danube) and its tributaries. The climate is of a rather continental temperate type, with not abundant and mainly summer rainfall. The main agricultural activities are: cereal growing, beet growing, sheep breeding. The major cities are Iași, the historical capital and university center, Bacău and Galați, at the south-eastern end, a port center on the Danube. The main industries (chemical, petrochemical, steel, mechanical, textile, food) are located in them.

After the withdrawal of the legions and the Roman administration from Dacia (274 AD), Moldova, being in the transit area towards the Balkans, suffered numerous invasions: the Goths (274-375), the Huns (375-453), the Slavs, the Avars and the Bulgars (6th-9th centuries), the Magyars, the Tatars and the Peceneghi (10th-13th century). Established in an autonomous principality (c. 1365) by Bogdan, voivode of Maramureș, it took the name of Moldova. The Mușati, successors of Bogdan (1365-73), expanded the domain (which extended between the Carpathians and the Prut) reaching the mouth of the Danube and the Black Sea ; Stefano the Great (1457-1504) extended the Moldova up to Bukovina and to Bessarabia. The Moldovan princes, while retaining almost all of these territories until the 18th century, were unable to maintain the independence of the state. Having become (1387) vassals of the king of Poland, from 1455 they were tributaries of the sultan of Constantinople. Theater of struggles between Poland, Russia, Austria and Turkey (18th-19th century), Moldova was occupied militarily by Russia (1828-34); the peace of Paris (1856) reaffirmed the sovereignty of Turkey and, with the union to the Wallachia (1859), in the person of AG Cuza, the united Principalities of Wallachia and Moldova came to life which, in 1862, took the name of Romania.