Peru. Violent riots erupted in June in the city of Arequipa in southern Peru after the government announced plans to sell two energy companies to a Belgian company. The protesters demanded that sales be postponed after the local elections in November. According to Countryaah website, national day of Peru is every July 28. Two people were killed in the rattles and 150 injured, and the government was forced to back down and postpone the deal. On July 17, nationwide protests were held against the government.

At the regional and municipal elections on November 17, former President Alan Garcías won the PAP party (Partido Aprista Peruano) in 12 of the 25 newly created administrative regions. President Alejandro Toledo’s PP (Perú Posible) won only one. García, who returned to Peru last year after a long period of exile abroad, is considered preparing to return to the presidential post at the next election.

Three days before US President George W. Bush’s visit in March, two bombs exploded in Lima, one outside the US embassy. Peru has not experienced any political violence on a large scale since the guerrilla movements Sendero Luminoso and Tupac Amaru were virtually defeated in the 1990s, but the then government’s controversial methods in its guerrilla fight are still subject to judicial review.

In May, for example, an arrest warrant for ten officers accused of cold-blooding eight of the guerrilla soldiers during the storming of the Japanese Embassy in Lima, which occupied the Tupac Amaru guerrilla in 1997, cold-bloodedly. One of the officers surrendered to the police, but the other nine sought refuge in their army offices, where their superiors refused to release them for a long time.

Following Fujimori’s escape to Japan, he was formally deposed by Congress and a transitional government was established under the leadership of Congress President Valentín Paniagua Corazao. The transitional government lasted only eight months, but has nevertheless characterized Peru’s recent history. Paniagua called for new presidential and congressional elections in 2001 and secured a democratic change of government. A Truth Commission was established, Peru’s relations with the Inter-American human rights system were restored and legal proceedings against the leaders of the Luminous Path Guard were reinstated in civil courts.

Center- centric Alejandro Toledo won the presidential election held in June 2001. Toledo’s duelist in the second round was former President Alan García, who had returned from his exile after the Supreme Court withdrew old charges against him. But just a few years after the election victory, support for Toledo dropped dramatically. Mass demonstrations and strikes in 2003 led to a government crisis and state of emergency. Two years later, new unrest followed a political dispute over liberalization of the economically important cocoa cultivation. Shortly after, Toledo rescued his political life by a meager margin after a commission of inquiry found him guilty of electoral fraud in 2001.

The Truth and Reconciliation Commission

President Toledo ratified the establishment of a Truth Commission and expanded the name by ‘reconciliation’ (Comisión de la Verdad y la Reconciliación – CVR). The CVR’s mandate was to clarify the truth about abuses committed during the armed conflict in Peru, as well as throughout the Fujimori regime, that is, the period from 1980 to 2000. The commission consisted of twelve people from civilian and denominational communities, and one representative from the military.

The Commission delivered its report in August 2003, concluding that the number of killed and disappeared in the armed conflict was 69,000 people; far more than the previous estimate of 25,000 victims. About 75 percent of the victims were civilians from the rural areas of the Highlands, especially peasants with indigenous backgrounds. According to CVR, this was due to historical marginalization and discrimination of the peasantry in Peru. CVR also concluded that the Luminous Path Guard was responsible for 54 percent of the murders reported to the commission. The Peruvian military was found responsible for systematic human rights violations in the fight against terrorism; especially in the 1980s, but also during the Fujimori regime.

Visas
Finns do not need a visa to Peru, but a valid passport is enough.

Vaccinations and health
The validity of basic vaccinations under the national vaccination program should be reviewed. Travelers to the Amazon region are advised to check for the need for yellow fever vaccination and malaria medication.

When traveling in Peru, people move in a high atmosphere and it is possible to experience the symptoms of mountain sickness, especially in mild form. Typical symptoms of mountain sickness include headache, nausea, and insomnia. In its prevention, a considered rate of rise, adequate fluid intake and care for energy balance are important. More information, for example, HERE.

Currency
The Peruvian currency is the Peruvian New Sol (Nuevo sol, PEN). The currency can be exchanged in Finland, for example in Forex (www.forex.fi), ordered in advance. Euros can also be exchanged on site. The reserve currency can be dollars, which are also available for payment on site. Credit and debit cards allow you to withdraw money from ATMs in local currency as well as in dollars. Credit cards can be used to pay at the largest hotels, shops and restaurants. Credit card usage is generally charged at an 8% commission.

Tips A
tip is given for good service. Waiters and restaurant staff, especially in better level restaurants, expect a 5-10% tip on the final bill unless a service fee is included in the bill price.

For bag carriers in hotels, it is recommended to give about 1 USD / bag. The recommended tip on the Incap Trail is about 10USD / passenger / day. The tips are collected to be shared among the entire expedition.

Electricity
Electricity in Peru is 220V. Most hotels require an adapter that fits the plugs used in the US.

Mobile phones
Check with your operator for the coverage of your mobile phone. The area code for Peru is +51.

Climate
Peru’s climate comprises two seasons, dry and rainy. However, the climate varies greatly depending on the geographical area. The rugged coastline is a very dry area. In the Andes and Machu Picchu, the climate is driest and coolest in June-August. November is the beginning of the rainy season, and especially afternoon rains in Finnish winter time are possible. The highest rainfall is experienced in February-March. Daytime temperatures in the mountains are around 20 degrees and nighttime temperatures may drop to near zero. In rainforest areas, the climate is hot and humid and the biggest rains are experienced in the Finnish winter time.

Religion: More than 90% of Peruvians belong to the Roman Catholic Church, but there is also a small community of Protestants in the country.

Photography
The population of Peru is very photographic. However, asking permission before taking a photo is recommended, as many people still believe that face photography produces bad luck. In addition, especially in the Cuzco area, tips may be asked about photography. 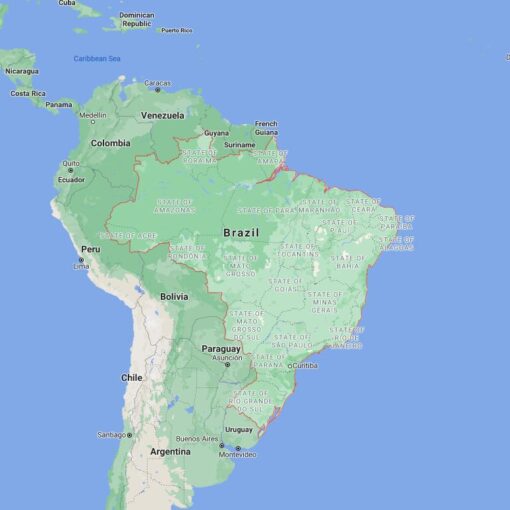