Congo. Just over 84% of the population in January agreed to a new constitution, which strengthens the position of the presidential office. According to Countryaah website, national day of Republic of Congo is every August 15. The term of office of the President is extended from five to seven years with the possibility of re-election. The President cannot be dismissed by Parliament but cannot dissolve the People’s Assembly himself. The new constitution gives Republic of the Congo a two-chamber parliament consisting of a national assembly with 137 seats and a senate with 66 members. 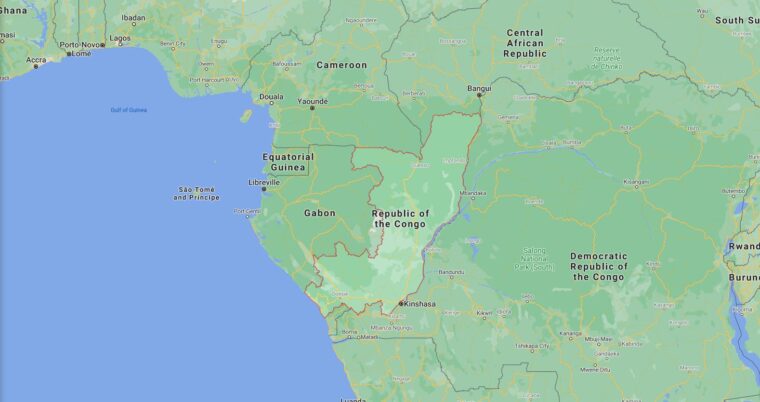 A dozen opposition parties had called for a boycott of the referendum on the grounds that Denis Sassou-Nguesso, who, with the help of a provisional constitution, has ruled the country since 1997, would have unduly great influence over the upcoming presidential election. Despite this, 78% of voters were reported to have participated.

As expected, Sassou-Nguesso won the presidential election in March. He received just over 89% of the vote. The victory was facilitated by the fact that most strong opposition candidates had jumped off in protest that the election, according to them, rested on “unclear legal basis”.

During the spring, new battles flared up in the Pool region, southwest of the capital Brazzaville, between the army and the so-called Ninjamilis. The latter was obeyed during the civil war at the end of the 1990s by former Prime Minister Bernard Kolelas but was now reported to be under the command of Pastor Frédéric Bitsangou. More than 50,000 people were reported to have become homeless or ended up in the middle of the line.

Despite the fighting, parliamentary elections were held in most of the country in May and June. The two parties that are close to Sassou-Nguesso, the Congolese Workers’ Party (PCT) and the United Democratic Forces (FDU), together received 83 of the 129 mandates at stake. In eight constituencies in the Pool region elections could not be held because of the fighting.

Subsistence farming continues to be practiced at the family level, but large plantation crops (peanuts, fruit, cocoa, coffee) are in total decline, against a relatively large availability of arable land (currently only 0, 5 % of the territory); On the other hand, timber production remains remarkably high (3.9 million m³ in 1996), which is largely processed on site.

The extracted mineral resources are scarce, and the industrial sector is almost non-existent, with the only exception of the oil sector (extraction and first processing of crude oil), for which, in the mid-nineties, other fields (including very important, the offshore one of Nkossa, off the coast of Pointe Noire), doubling production (over 20 million tons per year in 1996).

Oil and timber are the two absolutely prevalent items (over four-fifths of exports) of the trade balance, which regularly records a rather large surplus, however largely due to the modest spending capacity of the population, whose consumption is at elementary. The export of oil makes the consequences of the economic recession less severe, but it is clear that, in the face of continuous and sustained population growth, even minimal contractions in GDP (which occurred several times during the 1990s) have a severe impact on the real availability of the residents. At the same time, the availability of currency allowed by royalties oil (extracted, processed and marketed by foreign companies) constitutes, and above all has constituted in the past, a sort of refuge for the ruling class and, to some extent, also for the population, whose perception of the real prospects of the state seems to be remained distorted by the theoretical wealth deriving from oil; in reality, this mainly feeds the foreign revenues of the oil companies, while within the country, according to a very widespread model, it ends up concentrating large resources in very few hands, excluding the great majority of the population.

Since 1993, the Republic of Congo has once again been able to benefit from the financial support offered by international organizations (accumulating, however, a foreign debt which in 1996 represented 260 % of GDP), on condition of starting a structural adjustment policy that however, it failed to produce noticeable effects. In the same year 1996, obtained the cancellation of a part of the previous debt and the disbursement of further loans, immediately after being suspended due to the failure to achieve the priority objectives set and the further deterioration of internal political conditions, which had deprived the government of credibility and effectiveness in charge. The most recent political-military developments (starting from 1997), to some extent also connected with the evolution of the neighboring Democratic Republic of Congo (ex Zaire), have aggravated the situation, triggering further heavy tensions in a state of affairs already strongly compromise; the temporary occupation of the coastal strip by Angolan troops from Cabinda also blocked for some time contacts with the outside world and exports.