Somalia. According to Countryaah website, national day of Somalia is every July 1. Somalia apparently continued toward total disintegration. In March, the Southwest Somali state was declared center in Baidoa and with warlord Hassan Mohamed Nur Shatigudud as “president”. Shortly thereafter, fierce fighting broke out between Shatigudud’s troops and rival forces. Even in the autonomous region of Puntland in the northeast, a power struggle raged most of the year. 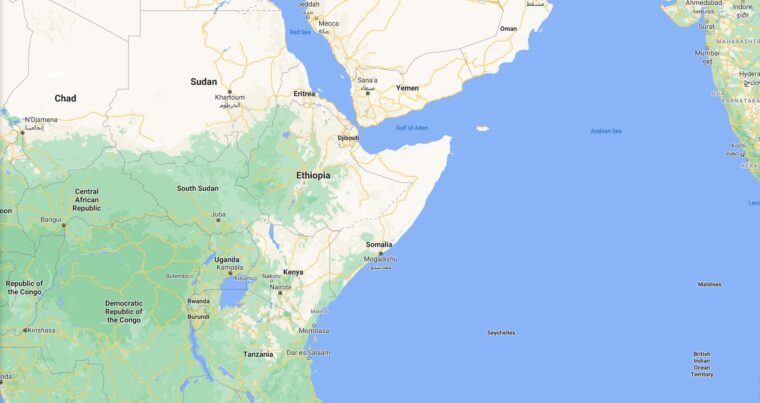 In the outbreak Republic of Somaliland in the northwest, President Mohamed Ibrahim Egal passed away in May. He was succeeded by Vice President Dahir Riyale Kalim.

Somaliland, which proclaimed its independence in 1991, is the most stable part of what was Somalia and is closely guarding its independence. Therefore, no representatives of Somaliland also attended, when warlords and political leaders from all over Somalia gathered for a peace conference in Kenya in October.

The hopes were not high after more than a dozen failed peace attempts, but this time all the factions, including the internationally recognized but powerless transitional government, emerged. The organizers had planned for 350 delegates, but over 1,000 came. After a week, they agreed to cease fire. The continued negotiations were expected to last many months.

In April 2010, there was a conflict in the parliament between Prime Minister Sharmarke and Parliament Speaker Adan Mohamed Nuur Madobe. The conflict ended immediately with the President resigning, but subsequently the President wanted to fire the Prime Minister. One move Sharmarke declared was in violation of the Constitution. After a 1-month power struggle between the two top politicians, the president resigned in May to resume the threat just days later. The president of the autonomous Puntland region in the country’s northeastern corner, Abdirahman Mohamud Farole, sought to mediate in the conflict, declaring that if not resolved peacefully, it would lead to the collapse of the federal transitional government.

The armed conflict between the Transitional Council and the African Union Forces in Somalia (AMISOM), on the one hand, and al-Shabaab and other militias on the other increased during 2010. The militias controlled the southern and central parts of the country as well as parts of Mogadishu. In July, al-Shabaab carried out bomb attacks in Uganda’s capital, Kampala, in revenge for “AMISOM’s killing of civilians in Somalia”. AMISOM consisted predominantly of soldiers from Uganda and Burundi. The attacks only led to the expansion of AMISOM forces to 12,000 soldiers, and more attacks on civilians by both parties in the conflict were reported. In August, al-Shabaab Muna bombed the hotel in Mogadishu. 33 were killed. The hospital’s medical records in Mogadishu revealed that about half of their patients were due to war injuries in 2010. At the end of the year, 1.5 million people died. Somalis internally displaced. Many people sought refuge from the country, but Somali refugees who arrived there, for example. Kenya was rejected and sent back.

In June 2011, an agreement was concluded in Uganda between the President and the President. The deal prompted Prime Minister Sharmarke to resign immediately. He was replaced by Abdiweli Mohamed Ali.

In August, al-Shabaab withdrew from Mogadishu for tactical reasons, but continued to conduct suicide bombings in the city. In October, the militia conducted a suicide attack on ministries in the capital. Over 100 – mostly civilians – were killed. Both parties to the conflict were responsible for serious attacks on the civilian population. During the fighting in the cities, mortars and grenades were fired without regard to civilians. The transitional government’s military courts handed down stripes of judgments against civilians and soldiers. By August, 22 soldiers had been executed after being sentenced. AMISOM was also guilty of assault on civilians. In September, Burundian soldiers killed one Malaysian journalist and wounded another.

During 2011, al-Shabaab repeatedly kidnapped foreigners in Kenya. In October, this led to an agreement between the Somali government, Kenya, Ethiopia, France and the United States on joint military action against the al-Shabaab militia. Kenyan troops crossed the border into southern Somalia and began the hunt for militia. The war was named Linda Nchi and continued until June 2012, when Kenya’s forces were officially incorporated into AMISOM. As part of the war, the United States conducted drone aircraft attacks.

On December 31, 2011, Ethiopian military and 2 Somali militias threw al-Shabaab out of Beletweyne, the capital of the Hiraan region bordering Ethiopia. In the months that followed, refugees could report that it had drastically worsened security in the city, with the Ethiopian forces and members of the Shabelle Valley State (SVS) militia carrying out summary executions of Somalis. Conversely, al-Shabaab conducted suicide attacks targeting the Ethiopian forces and militia.