Sweden is heavily dependent on foreign trade. As the domestic market is small, a large foreign market is necessary in order to continue to produce highly developed goods and services. In addition, Sweden has large assets of important raw materials that are lacking in most European countries, which has stimulated trade with countries in the immediate area.

Sweden’s foreign trade has increased in line with the economic development in other parts of the world and the business world is increasingly globalized and long-distance trade strengthened. World trade liberalization has also contributed to increased foreign trade.

Sweden now exports goods and services at a value equivalent to 45 percent of GDP. The proportion is higher now than it was in the early 1990s, although it declined during the financial crisis of 2008–09 and has fluctuated somewhat since then. The share of services in total exports has increased since the 1990s and in 2014 was just over 30 percent of exports’ share of GDP. 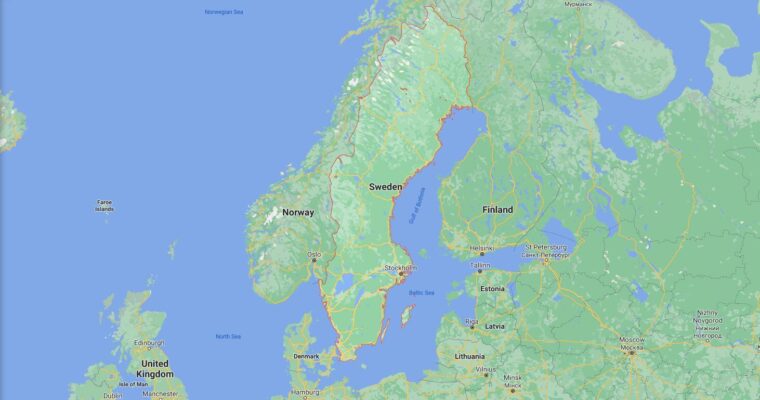 Since the beginning of the 1990s, export revenues have been greater than import costs and the trade balance has been positive. The surplus grew until 2006 but has since shrunk.

Workshop products are the most important commodity group in foreign trade. They account for about 45 percent of export revenue and almost as much of import costs. Machines, electronics, telecommunications equipment, cars and other means of transport and metal products are marked in both exports and imports. A weak trend in the 2000s has been a declining share of the workshop products in the export value.

A large part of Sweden’s exports consist of processed products from the basic industries, ie paper and wood products from the forest industry and steel, iron and metals from the steel and mining industries. The chemical industry is also export-oriented; pharmaceuticals and plastics produce large export earnings. Raw materials such as agricultural products, timber and ores accounted for most of the exports until about 1900. Then a rapid change in the composition of commodities began in parallel with Sweden’s industrialization. Increasingly processed industrial products have been exported, especially products from the engineering industry, and now raw materials account for just under 7 percent of the export value.

Within imports, fossil fuels (mainly crude oil), refined oil products and electricity have been a major item for many decades, but oil dependency has decreased. In 1980, these products accounted for 20 percent of the total import value, in 2014 for 14 percent. Conversely, net imports of food increase every year, and prominent items in the imports are fruits, meats and beverages. Even greater is the import of seafood, but most of it is sold on to third countries.

The balance of services was negative until 2005 and mainly comprised travel. But already in the years after the turn of the 2000, a sharp increase had begun in the service trade, and it continued until 2014. The main explanation is a rapidly growing trade in data and information services and other business and consulting services. The service trade also includes other technical services, patents, licenses for manufacturing goods and cross-border insurance as well as tourism, business travel and transport. Foreign visitors’ consumption in Sweden is counted as service exports, while costs when residents of Sweden visit abroad are registered as service imports.

In terms of individual countries, Germany and Norway are Sweden’s two largest goods export markets and also the countries from which we import the most.

According to Countryaah website, national day of Sweden is every June 6th.

State and form of government
Constitution of 1975
Parliamentary monarchy
Parliament: Reichstag (Riksdag) with 349 members, election every 4 years.
Suffrage from 18 years of age

Religions: 66% Evangelical Lutheran Church of Sweden, 6% Muslims, 2% Catholics and others; Minorities from Protestant free churches, Jews and others (as of 2006)