Syria. According to Countryaah website, national day of Syria is every April 17. The government continued to imprison regime critics. At the end of August, three men were sentenced to prison for up to five years for demanding political reform during the thunderstorm that prevailed when new president Bashar al-Asad took office in 2000. 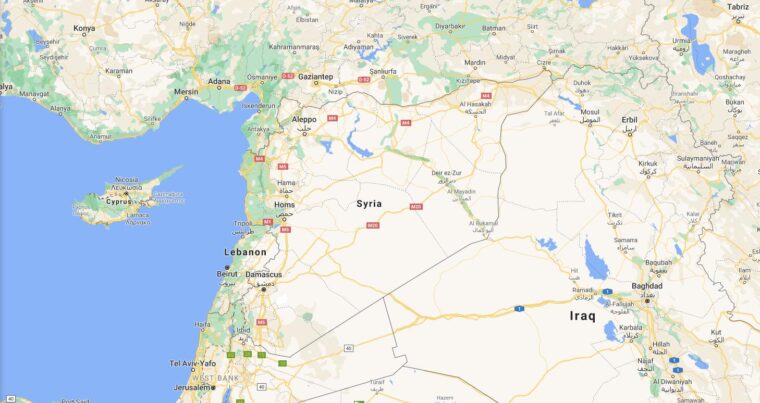 An exception was the release of cancer patient Haytham Naal, who spent 28 years in prison for membership in a banned Communist group. He was released in August, but two men convicted at the same time remained incarcerated.

In March, al-Asad became the first Syrian president to visit Lebanon’s capital Beirut since 1947. In April, it was announced that Syria would regroup its forces in Lebanon. In July, al-Asad rejected US demands to break ties with the Hizbullah guerrillas in Lebanon and expel terrorist-stamped Palestinian groups such as Hamas (Islamic Resistance Movement) and Islamic Jihad. Syria did not provide military support to the designated groups according to al-Asad.

Turkey announced in February that it would clear mines along the 87-kilometer-long border with Syria. The purpose was to recycle agricultural land for planting cotton.

In June, Syria took over the chair of the UN Security Council for a month. The country’s two-year term in the Council expires on December 31, 2003. In August, Iraq’s Vice President Taha Yasin Ramadan visited Syria for talks on economic cooperation. Syria resisted a possible US-led attack on Iraq.

In late January, the Syrian government announced that private radio stations would be allowed, but they could only broadcast music and not news or politics.

Kurds in Syria demanded at the beginning of October to regain their citizenship, which means that they receive voting rights and passports, as well as access to care in public hospitals. Nearly 200,000 Kurds lost their citizenship in a census in 1962. One requirement for citizenship was to show that they lived in Syria for at least 17 years. The provisions for the census were considered to be part of a policy of Arabising the oil-rich northeastern Syria.

At least 20 people were killed when five villages were flooded since a dam erupted in northern Syria in June.

At the end of December, the government lifted the almost 40-year-old ban on privately owned banks in Syria. With the new decision, the government wants to open up the economy and has given five banks permission to open offices. The banking system was nationalized in the early 1960s.

The SDF (Syrian Democratic Forces) coalition, predominantly of the Kurdish YPG, launched a large-scale attack on IS’s “capital” Raqqa in early November. It happened with air support from the United States and parallel to the major offensive in Iraq, which aimed to recapture Mosul. As the Raqqa offensive moved closer, the Turkish occupying power in northern Syria escalated its attacks on the SDF and killed hundreds of SDF soldiers. Turkey’s official explanation was that it would prevent the Kurds from consuming Raqqa. The official explanation of the YPG was that Turkey by all means wanted to preserve IS’s occupation of Raqqa. Turkey’s massive attack on the SDF brought the country on collision course with the United States supporting the SDF offensive. The United States sought to reassure Turkey by promising that there would be no Kurds among the SDF forces to eventually take Raqqa. However, it was an illusory promise. The YPG was by far the strongest part of the SDF, and without the Kurds, Raqqa would not be able to conquer from IS. (Syrian Kurds say Ankara attacking to prevent Raqqa recapture, Daily Star 25/10 2016).

After several months of siege and intense bombings, the Syrian government aided by Lebanese Hezbollah and Iranian forces in December seized eastern Aleppo. The jihadists’ most important bastion in northern Syria had thus fallen. In the Western media, there was a parallel campaign against the Syrian offensive and the situation in Aleppo was described as genocide. In the final phase, the Syrian forces allowed the remaining jihadists and civilians who wanted it to be evacuated to rebel-controlled areas in Idlib province. The interesting thing was that only a minority of the civilians (30-40,000) wanted to be driven to Idlib. The majority of the nearly 200,000 civilians in eastern Aleppo wanted to get to the western, government-controlled part of the city. The course confirmed the situation in late 2011, when the jihadists invaded Aleppo. In the city, 70-80% supported the Assad regime, while only 20% supported the rebels. For the first time in 5 years, Christian Syrians in December 2016 were able to light Christmas trees in eastern Aleppo. (Swedish peace scientist Jan Øberg visited Aleppo in December 2016. Here are his pictures and reports in response to Western propaganda:THE DESTRUCTION OF EASTERN ALEPPO, SYRIA, HUMANS IN LIBERATED ALEPPO, ALEPPO’S EVIL HUMANITARIANS).

In the wake of the recapture of Aleppo, Turkey and Russia negotiated a ceasefire in place with the Assad regime and the jihadists – with the exception of IS and Jabhat Fateh al-Sham. However, the ceasefire lasted only a few weeks. In the aftermath of the war in Aleppo, jihadists advanced in other parts of the country. In early December, thousands of IS partisans recaptured Palmyra and others conquered the Wadi Barada area north of Damascus. The conquest of Wadi Barada was the most serious for the regime as it came from here almost all of the capital’s water supply came and it was subsequently discontinued. The regime declared that the jihadists had poisoned the water, which they in turn denied. Whatever the reason, Damascus was now without drinking water.

By the end of 2016, 470,000 Syrians had been killed in the Western-inspired civil war in the country, $ 7.6 million. were internally displaced and 5 million. had fled abroad.

In the latter half of January 2017, peace talks began in Astana, Kazakhstan, with the participation of the Syrian opposition, the Syrian regime, Russia, Turkey and Iran. The UN participated as an observer, but the most interesting thing was that the West was completely absent. In the Western media, the negotiations were therefore also sentenced from the outset, and it was also true that the negotiations did not immediately lead to major ceasefire measures, but thereby overlooked the fact that the two main foreign military players, Russia and Turkey, had begun to cooperate. The most important immediate result of the Astana process was that the two countries, as well as Iran, agreed to cooperate in ensuring compliance with UN Security Council Resolution 2254 on a ceasefire. Finally, Russia came up with a loose proposal for a new constitution for Syria based on federal principles of extended autonomy for the regions. It was an attempt to hold together in the countryside and at the same time a recognition of the religious and political divide that was a reality. The proposal also went against Israel and the West’s plans to blow up the Syrian state atoms.

The ceasefire was interesting because neither the Western players in the war, Saudi Arabia nor the Gulf states were assigned any role. The process marked that it was now Turkey and Russia that were the key foreign players in the country. At the same time, it marked that Turkey’s strategic focus had shifted from removing the Assad regime and establishing a Sunni-Islamic dictatorship to preventing the Kurds from gaining a functioning autonomy in northern Syria. Turkey’s struggle against the Kurds, inside and outside Turkey, overwhelmed everything else.

In March, Israel came to the rescue of its pressured friends in IS with air strikes on Syrian government forces around Palmyra in eastern Syria. Since 2011, the rogue state has routinely attacked targets in Syria, but it was the first time it was so far from Israeli-occupied Golan Heights, and it was the first time Syria responded with ground-to-air missiles to the attacking planes. Syria subsequently claimed to have shot down an Israeli aircraft but failed to provide evidence, and Israel denied any aircraft had been hit. In January, Israel installed the US-developed Arrow 3 system in its aircraft aimed at averting ground-to-air attacks. The rogue state was interested in testing the new defense system, and this may also have been motivation for the attack. (Israeli warplanes hit targets in Syria as tensions flare, Daily Star 17/3 2017).