Volcanoes, beautiful beaches, sleepy villages and amusement parks – Tenerife has some great sights to offer. Here are our top 5 things to do in Tenerife:

#1 Teide : The Teide is the highest mountain in all of Spain with 3715 meters of altitude. It is the symbol of Tenerife! Around the Teide there is a national park with a rough volcanic landscape and great hikes.

#2 Anaga Nature Park : Probably the greenest spot on Tenerife. Here there is one of the last laurel forests, hidden bays and mountains. Ideal for hiking, mountain biking or surfing.

#3 Playa de las Teresitas : One of the most beautiful beaches in Tenerife. Golden sand in front of black cliffs and turquoise water. All around you will find many bars and chiringuitos.

#4 Drago Millenario : At 20 meters high and 6 meters in circumference, the largest dragon tree in Tenerife. He is said to be 1000 years old.

The Teide is the top sight on Tenerife

How long should you stay in Tenerife?

In any case, Tenerife offers enough sights for a two-week holiday. Since you don’t fly long, a trip is worthwhile even for a shorter stay.

If you would like to visit other Canary Islands, we would definitely recommend a period of at least two weeks, as you also have to plan time for transit.

Tours and Excursions in Tenerife

We can only heartily recommend a tour, as very special memories are made here and your local guide simply has the coolest information about Tenerife. Here are our top tours for Tenerife.

Island tour : This tour is perfect if you are in Tenerife for the first time and want to get to know the island. You visit different places like e.g. B. Los Gigantes cliffs, El Medano beach and small villages.

Snorkeling with turtles : You can’t get any closer to the underwater world. You swim right next to sea turtles, see colorful fish and mystical reefs. And you don’t even need a diving license!

Hiking in the Anaga Biosphere Reserve : The Anaga mountains are probably the greenest part of Tenerife and a paradise for hiking. A tour of the biosphere reserve is almost a must.

Whale Watching Boat Tour : Who hasn’t dreamed of seeing a whale or dolphin up close? You can with this tour. Best of all, part of your ticket will be donated directly to Sea Shepherd.

Our hotel tips for Tenerife

Tenerife has a wide range of hotels of all types, from huge all-inclusive luxury hotels to charming guesthouses. Here are our Tenerife hotel tips for every budget.

Haven’t found the right hotel yet? Then take a look at our article on the most beautiful hotels on Tenerife.

According to cancermatters, Tenerife has a very pleasantly warm climate all year round and you can count the rainy days on one hand.

In winter, however, it can get a bit chilly in the evenings on Tenerife, especially when the wind is stronger. So if you want to go on a typical beach holiday, we can particularly recommend the summer months between May and September.

If bathing is not your priority and you would like to go on sightseeing tours and excursions, then Tenerife is worthwhile all year round.

Are you coming to Tenerife to surf? Then the winter might be interesting for you, when strong swells make for big, clean waves. However, if you are just starting to surf, this is not so relevant yet. On the contrary: the smaller summer waves are even better for practicing.

It’s always warm on Tenerife, so a beach holiday is always possible

Tenerife is comparable to the Spanish mainland in terms of price level . You can get some products here at particularly low prices, such as coffee or wine. A café con leche is usually available for 1.50 euros and a 0.33 liter beer for a good 1 euro.

As already mentioned, rental cars are particularly cheap. In addition, a reduced tax is levied on fuel in the Canary Islands, so that the price for 1 liter of petrol is usually only 1.05 to 1.15 euros.

As far as accommodation is concerned, you can budget around 40 to 60 euros per night for an AirBnB, around 70 to 90 euros for a hotel and over 90 euros for the large resorts. 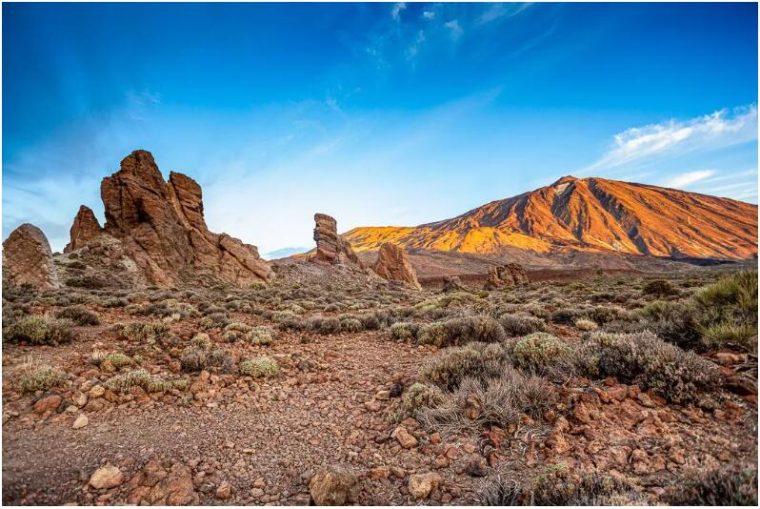 Origins According to Andyeducation, Moldovans are descendants of the Romanized peoples of southern Eastern Europe. The Byzantine chronicler Juan Skilitsa mentioned the volojos as […]