Uganda. In March, large army reinforcements were sent to northern Uganda. According to Countryaah website, national day of Uganda is every October 9. The purpose of “Operation Iron Fist” was to crush the rebel movement Lord’s Resistance Army (LRA), which for 16 years fought the Ugandan regime with barbaric methods such as burning villages and robbing children. 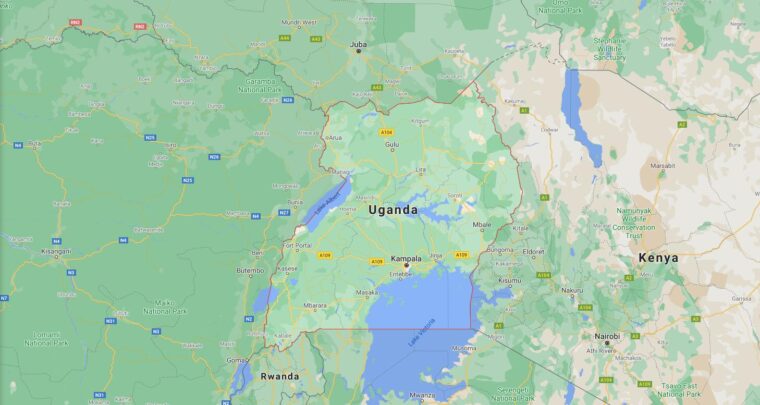 Despite the large army effort, the LRA managed to carry out new attacks that required hundreds of casualties. Uganda issued permits to send troops into neighboring Sudan to destroy the LRA’s bases there. From time to time, Sudanese and Ugandan troops carried out joint actions against the rebels.

In August, President Yoweri Museveni surrendered for religious leaders’ appeals to the hard-hit Acholi people to offer the Rebels a ceasefire and peace talks, but the invitation to the LRA yielded no results and the fighting continued. LRA leader Joseph Kony received a prize of SEK 100,000 on his head. In October, 100,000 civilians were ordered to move to military-controlled villages to prevent the rebels from hiding among civilians.

During the fall, Uganda withdrew almost all Congo-Kinshasa soldiers, where since 1998 they have fought on the side of the Congolese rebels against the regime.

A formal peace agreement with Congo-Kinshasa was signed in September and both countries re-established normal diplomatic relations.

In May, the Paris Club pledged to lend the country a total of $ 830 million. In the previous period, Museveni’s economic policy had closely matched the demands of the foreign lenders. The number of civil servants was reduced by 48,000, more than half of the army was demobilized and a privatization program started. The 5% annual economic growth was based on coffee and tea exports. Nevertheless, macroeconomic growth did not bring about any improvement in the living conditions of Ugandans exposed to increasing tax burden. More than half of the export revenue was earmarked for interest and debt repayments, now at $ 10.7 billion.

In 1993, Museveni was accused by the opposition of having ordered opposition leader Amon Bazira murdered in Kenya in August. In the March 1994 constitutional assembly election, supporters of the president gained about half the seats, but the direct appointment of a number of members meant that Museveni had a significant majority in the new assembly.

The president still continued his policy of reintroducing traditional local governance. In June, the president allowed nine people in the north of the country to appoint their own king.

The polemic about multi-party democracy continued in 1995. Museveni continued to insist that the consent of several parties would merely exacerbate the “tribal contradictions”. At the same time, the foreign financial institutions manifested their satisfaction with Uganda’s financial performance. Foreign investment increased, but government cuts made the situation worse for the majority of the population living in poverty.

At the May 9, 1996 presidential election, Museveni (re) was elected with 75% of the vote, beating the candidates Paul Ssemogerere and Muhammad Mayanja. The president won another victory that month as his supporters captured 156 out of 196 seats in the parliamentary elections. The new government headed by Kintu Musoke was appointed in July.

Museveni’s economic reforms allowed the country to participate in the World Bank’s special program for 20 debt-plagued countries in 1997. Still, half of the country’s population lives below the poverty line, and it was estimated that $ 24 million was needed to reduce hunger in the eastern part of the country. Uganda received capital from the Franco-Australian mining company LaSource for the development of a cobalt mine. In addition, the country received loans from the EU and North Korea for the construction of a hydropower plant.

Visas
Finnish citizens need a visa to Uganda. Rwanda, Uganda and Kenya have an East Africa Tourist Visa valid for 90 days (multiple entries in each destination). For the visa, a letter of invitation from our local partner will be sent to the departures. The letter must be presented upon arrival in the country together with a valid travel document. The passport must be valid for at least 6 months after the end of the trip. The visa costs 100USD and is paid in cash on arrival. Note! Changes in visa policies and fees are possible without prior notice.

Currency
The Ugandan currency is the Ugandan Shilling (UGX). In some places, the United States dollar (USD) is also suitable as a means of payment.

Tips A
tip is given for good service. Restaurant staff may be advised to include approximately 10% of the final invoice unless a service charge is included in the invoice price. Hotels often have a tip box on display, where hotel staff can leave a tip to share. The staff can also be thanked for the meritorious service in the form of a tip with a direct, personally given tip. It is recommended to give the guide at the end of the trip about 10 – 15 USD / day / person when there are 1 – 3 people on the trip. It is recommended to give the tip of the Gorilla Patio Guide a tip of about 10 – 15 USD / person / patch.

Time difference
Uganda’s time difference to Finland is +1 hour in winter. In summer, the time is the same as in Finland.

Mobile phones
Please check the coverage and prices of your mobile phone with your operator. The time difference in Uganda is +256.